All the Details on Princess Eugenie’s Royal Wedding Reception Dress 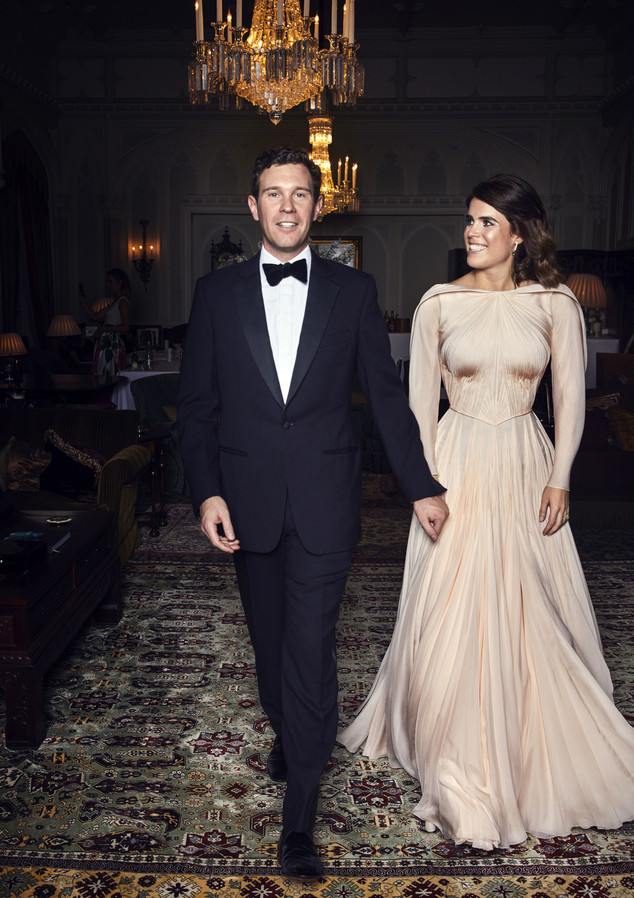 Princess Eugenie was a blushing bride at her evening wedding reception.

Queen Elizabeth II‘s granddaughter, 28, and her 32-year-old beau Jack Brooksbank tied the knot on Friday at a royal wedding in St George’s Chapel at Windsor Castle.

After the ceremony, the two celebrated with friends and family at an afternoon reception, which the queen hosted at the castle. They then headed to an evening wedding reception at Windsor Great Park’s Royal Lodge, the official royal residence of Eugenie’s father, Prince Andrew, the Duke of York. At the event, the bride wore a long sleeve, blush silk Zac Posen gown with a built-in cape.

The bride and groom said in a statement that “Mr. Posen was inspired by the beauty of Windsor and the surrounding countryside. The choice of color reflects the blush of an English rose. Mr. Posen took his inspiration from the White Rose of York. The pin-tucked plissé is cut on the bias and mixed with signature drapes. The White Rose of York is subtlety embroidered on both the shoulder and back which hold together the cape. The silk for the gown comes from the British Mill, Biddle Sawyer Silk.”

“It was an incredible honor to create this dress for Her Royal Highness Princess Eugenie on her wedding day,” Zac Posen said in a statement. “Her grace, elegance and strength perfectly embody everything I could hope for in a woman wearing our design.”

Eugenie paired the look with diamond and emerald drop earrings, which were a wedding gift from Jack, and a hair slide belonging Queen Elizabeth II.

“Queen Victoria‘s Wheat-Ear Brooches were originally commissioned by William IV in 1830 for Queen Adelaide,” the statement said. “They were passed down to Queen Victoria in 1837, and eventually to [Queen Elizabeth II] in 1952. Her Majesty has worn them as both hair slides and brooches.” 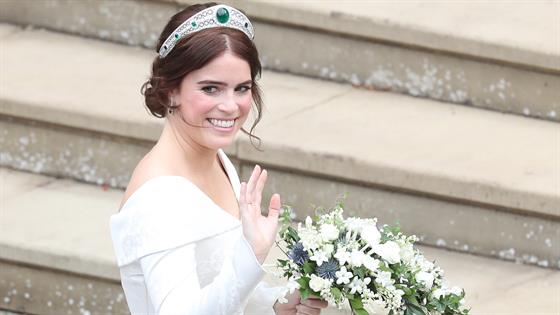 At the wedding, Eugenie had worn an ivory off-the-shoulder Peter Pilotto and Christopher De Vos wedding dress with a long train, as well as the Greville Emerald Kokoshnik tiara, borrowed from the queen.

Silk Organza Fabric: What is it? Types of silk explained

Buying wholesale silk fabric: The advantages for your business